Extraterrestrials are said to live amongst us (CZ)

This case was released by Exopolitics Czech Republic. It comes from an eyewitness living in Prague and concerning the very interesting case of the real possibility that Extraterrestrials are living amongst us.

I will write all that I can remember from this event.

It happened in 1988 to 1989. Back then, I was working for the company “Drobné zboží” (Small Goods) as Head of the Operating Unit on Cracow Street (Krakovská), on the first street on the former House of Fashion (Dům Módy, Prague Center). I don’t remember the house number, but there was a shop with cheap goods for many years prior to my joining the company. This small shop had only one counter and a little shop window, just for one employee. My shop mostly had regular customers thanks to our specific goods suited mainly to people associated with merry-go-rounds and other dealers. I did window dressing, make bargain offers – like clothes, shoes, make-ups, perfumes etc., and it attracted the interests of passers-by. They stopped and stared at the storefront before entering. I was often alone inside and looked out through the shop window guessing who would enter. It was the first time when I saw her. A middle-aged woman, dressed in a light elegant coat with a belt firmly done up. She wore a beautiful, typically tied cashmere scarf, and she caught my attention with her dark sunglasses as it was almost autumn. Both her hands were buried deep in her pockets, looking in through the shop window, without any interest for the merchandise on display.

I thought: “What do you want here? The House of Fashon is a little further down the street for such a lady like you.”

Read more: Extraterrestrials are said to live amongst us (CZ)

Roberto Vargas de la Gala is an auditor and accountant; the youngest vice dean of the College of Accountants in the city of Tacna, in southern Peru between the Pacific Ocean and an extension of the Atacama Desert. He is a balanced, responsible person who now lives with his family in the city of Lima still working in his profession. In the 1990’s he worked in a managerial and accounting position inside a major soda pop company and at that time he didn’t particularly care about extraterrestrial issues. Between 1991 and 1993 his company sent him for a training stash in Chile were one of the requisites was to enroll into a personal development course. Thus, he took the three levels of the Silva Mind Control Method also going back to work in Tacna.

In 1994 Roberto was driving his car when he was hit by a minivan. The car he was driving was completely destroyed and two other passengers in it were harmed but he didn’t even suffer a minor scratch. As the accident was happening he saw the roof of his car acquire a triangular shape and, even while making an emergency maneuvering, he simultaneously saw his physical body driving from a position floating above the car. That body was also surrounded by something which looked like a protective golden cushion.

If the site is slower than usual, it is because we are experiencing constant hacking attempts, at a rate of over 3000 attempts per day.

Each time the attempts start, we block the IP address. But each time, it starts again some hours later, from a different IP address.

Our apologies for the inconvenience.

Much of what we know about aliens comes from what abductees and contactees themselves report. Only when such information is factual and relevant can meaningful conclusions be reached. Fabrication, hallucination, and screen memories obscure the truth, and so various protocols exist to improve the signal to noise ratio. These include cross-correlating multiple eyewitness accounts and using hypnotic regression techniques to bypass the memory blocks and screen memories installed by abductors.

There is yet another source of noise, one not generally known but potentially widespread, which is the mimicry of alien contact by non-alien entities of an occult nature. Through telepathic means, occult entities have the ability to generate controlled hallucinations in the minds of their victims in order to reshape their beliefs and thereby control their behavior.

Lie Back, Relax and Think About the Mother Ship 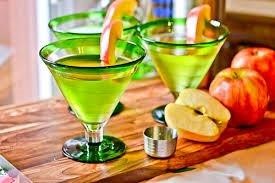 I was recently reminded of the first time I came into contact with a true UFO believer (and maybe an ET).  It happened during my student days at a large, southwestern U.S. university.  I had an appointment at the Student Health Center for my annual poke-and-prod (known to all women as the GYN checkup).  Men will never understand the intensely unpleasant experience that most women in the western world subject themselves to every year in the name of reproductive health.  And yes, guys, we get proctological exams too, so don’t whine to me about those.  Of course, I’m aware of the many women whose lives are saved every year by early diagnosis of various diseases found in annual poke-and-prods.  I’m not saying they’re useless, just that they are one of the most unpleasant gifts western civilization has ever bestowed on the female members of the species.  (I’ll reserve the subject of mammograms for my blog post on torture devices of the Spanish Inquisition.)

Read more: Lie Back, Relax and Think About the Mother Ship

Birds of a feather (group therapy)

BIRDS OF A FEATHER (or will sharing my ET experiences in a group help me?)

Many Experiencers seek hypnotherapy for help in retrieving repressed or partially-repressed memories related to ET experiences and in understanding and coping with their aftermath. But private therapy isn’t always necessary or even the best option for everyone. Experiencers who are comfortable sharing their memories and experiences with others and are open to the ideas of others often benefit from attending an Experiencer support group rather than private therapy.

Experiencers often feel fear and isolation from family, friends and their everyday reality. And even though it might not be comfortable at first, sharing their experiences with people who are experiencing the same feelings can help them to overcome their sense of isolation, validate their experiences, raise self-esteem and successfully integrate the ET contact experiences into their lives. Support groups are not usually as effective at working on individual issues and don't provide the individual guidance and personal support that may be needed, but they can be helpful in recalling and working through abduction/contact experiences on a less intense and focused level, and group meetings are less expensive than private therapy. ET contact experiences are quite varied and unique, but they are all valid. If you attend a group, you will need to keep an open mind and not judge anyone else or their experiences.

The ET Presence: good or bad?

Some years ago, I did an informal survey among approximately 100 fellow researchers. I asked what the question was they were asked the most. The reply was 'Are the extraterrestrials good or bad?' The question is of course a 'bad' question in that it starts from an unwarranted generalization. Can you say people belonging to a certain race, religion or country are bad? Or is mankind bad? There is no correct answer, as one has to take into account cultural differences as well as individual differences. So we rephrased the question and asked the members of our panel: "Overall, do you view the extraterrestrial presence as positive or as negative, and why?" Here are their replies, in the order that we received them.

One thing we are mostly agreed upon is that beings—from other planets / dimensions / wherever—are really present on Earth and have been here for a very long time. However, until fairly recently it was neither politically correct nor personally safe to speak about them in any but a disparaging manner which, sadly, was an attitude adopted by the majority of the general public. It made no difference to our peers whether we may have been repeatedly abducted, seen ships in the sky or as they landed, or had personal face-to-face contact with “others.” I know from my own experience as a child that any mention of the “others” was strictly forbidden and resulted in very real threats of punishment by commitment to an insane asylum, courtesy of the family who raised me. So, wisely, I didn’t speak of these entities for many years, but my interactions with them continued as a young child and I looked forward eagerly to my only companions, the little blue orbs which appeared nearly daily and spoke telepathically to me.