The Blinders of Ufology

There is an old joke about a man who lost his keys. A friend saw him searching for hours beneath a streetlamp. "Why keep searching there?" he asked. "Because it's too dark everywhere else."

Without a doubt, close encounters of the first kind (seeing UFOs at distance) and second kind (additional phenomena like ground traces or radio interference) are the most scientific, well-documented, numerous, and credible. They are therefore the most convenient and academically safe areas of Ufology to study.

But what is most convenient and safe tends to be most limited in its scope. The man will never find his keys searching only under the comfort of a streetlamp if they are elsewhere.

It is by adapting our senses to darker territory that we may find the hidden keys needed to unlock our understanding of the alien presence.

This means broadening the scope of our research into diverse fields and using sharper critical thinking skills to better sort signal from noise. Doing so allows one to process circumstantial, anecdotal, mythological, and philosophical data to detect signals that cannot be detected otherwise.

It's important to think more like a detective than a mere lab assistant when attempting to discern the characteristics and motives of the alien presence. This is especially so when it comes to the abduction and contactee phenomenon.

For example, as much as it looks impartial and scientific, one cannot simply put on the white coat and publish a paper analyzing the statistics of how many abductees and contactees have positive versus negative encounters. That says little about the nature of the alien presence. Why? Because it fails to account for screen memories, mind programming, or telepathic persuasion influencing a subject's recall and self-reporting process.

Therefore, investigations should include case studies, personal experience where possible, abductive reasoning and heuristic problem solving, and cross-correlation with a wide variety of parallel research fields. 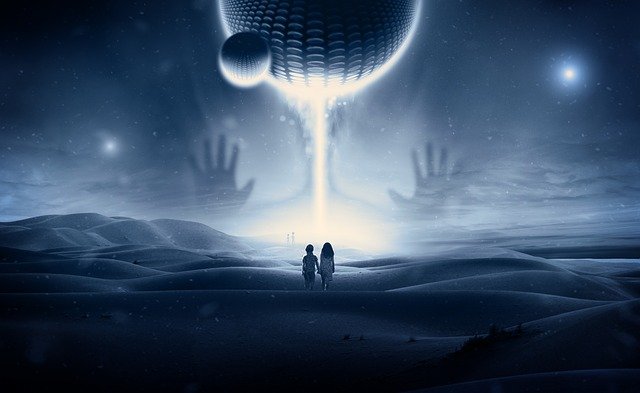 Potentially useful parallel fields include, but are not limited to:

1. Fortean phenomena and anomalous missing persons cases. The research of Charles Fort, Jacques Valle, John Keel, and David Paulides show that the "spacemen" hypothesis explains little, if any, of what is really going on. There is more to the alien and nonhuman presence on Earth, and to reality itself,  than nuts-n-bolts Ufology wishes to acknowledge.

2. Paranormal studies into demons and ghosts. If one compares the reported behavior of reptilian aliens to demons, there is a strong degree of overlap. And yet, each has its own unique characteristics as well. Are reptilians demons in biological bodies? Can demons and certain ghosts take on a reptilian appearance for intimidation purposes? Can reptilians who go out-of-body into an astral state be mistaken for demons? Why do abductees and contactees sometimes experience both aliens and paranormal entities in their lives? Do ghosts ever pretend to be aliens just to mess with people, and if so, how does that impact the literature in this field? These questions just scratch the surface.

3. ESP, Telekinesis, Telepathy. Given that these abilities exist among humans in rare instances, what are the implications for beings who have perfected that ability? The Chinese Journal of Somatic Sciences documents feats of telekinesis by gifted Chinese psychics, including moving objects into sealed glass bottles via what seems like a fourth dimension. Could that explain how aliens reportedly move abductees out through closed windows, or enter a bedroom through solid walls? If humans can do it, aliens can probably do it better. If human diplomats were to ever meet with alien diplomats post-Disclosure, how would the alien ability to influence a person telepathically affect the outcome of that meeting?

4. Occultism, Metaphysics, Esotericism. These traditions may contain novel information gained through clairvoyant perception, access to non-public sources (for instance, private collections of books thought lost to history), and/or contact with otherworldly beings. Since these traditions deal with higher metaphysical principles and laws, which are beyond the recognition of modern science, then if aliens follow some of these same laws, we can gain additional insight into their methods of operation that would not be apparent to a Ufology confined to secular cultural, sociological, scientific, or political viewpoints.

5. Channeling, Remote Viewing, Spiritism. Aliens have a vested interest in controlling public perception and opinion about anything that impacts their agenda. Besides outright telling or showing them what they wish, the next easiest method would be to influence channelers, remote viewers, and mediums to disseminate a certain angle of information or disinformation. We can take what these sources say at face value as hypotheses to test, but it would be even more productive to assume that if an alien intelligence is speaking through them (in some cases) that it happens with an agenda in mind. Therefore, by determining the spin angle, something can be said about the true motivation and where it intends to lead.

6. Quantum physics, Relativity, fringe science. Modern science is incomplete but has useful implications. What if the metaphysical laws delineated in occult, metaphysical, and esoteric literature are the consequence of quantum physics principles not yet realized? What if the curious observation that the inside of alien ships can be bigger than the outside is due to expert manipulation of spacetime beyond what even Relativity can imagine? What if the spinning motion of certain ships is necessary for propulsion, but the reason for that is only understandable by an obscure science that only suppressed inventions (free energy generators, antigravity devices, etc.) have been applying? And how does the motivation for that suppression relate to alien agendas? By studying these conventional and fringe sciences, we can make more sense of alien technology and motivations.

7. Comparative mythology, religion, and folklore. These include eyewitness accounts and the beliefs formed from them, from a time before the term "alien" came into casual use. Therefore, they comprise hundreds if not thousands of years of useful data about nonhuman contacts, though garbled by superstition and the cultural lens of their time. For example, the subject of Jinn (hidden intelligent beings) well-known in Arabian culture has a rich tradition and history that can aid our understanding of these beings. Note that since some contacts may have been alien, and some supernatural (ghosts, elementals, demons) we must be careful about distinguishing them when researching.

8. Forbidden archaeology. If aliens have meddled more openly in human affairs in ancient times, the remnants of that should be visible. By analyzing megalithic structures and stones precisely cut as though by laser, we can determine something of their technology. Maybe they entrusted their technology to certain human "high priests" to use, and from that spawned various esoteric traditions, secret societies, and even religions. What does all that, together, imply about grand alien agendas? Do vitrified forts and stories of places like Sodom and Gomorrah being destroyed, indicate aliens used nuclear-like weaponry on human cities in the past? Would they do so again?

9. Near Death Experiences, Astral Travel, Shamanism. Consciousness and the soul can exist independently of the physical body. If so, do aliens have souls? Can they travel out of body and observe or meet us in an astral state? Can they abduct only the soul, leaving behind a sleeping body? Can they install nonphysical implants into the soul that would not show up on medical scans? Can they transfer the soul of an abductee into a cloned body? If a person who is astral projecting sees both a ghost of a deceased resident and a gray alien in the room, are they both equally "ethereal" or is the alien physical but technologically phased out from our physical reality and this somehow overlaps with the ethereal plane of existence that ghosts reside in? If reincarnation is real, do aliens track us from lifetime to  lifetime? For what reasons might they care more about the soul than the body, or vice versa?

10. Exopolitics and Media Analysis. If aliens intend to disclose their existence to humanity, they would be wise to condition the public beforehand to make us more compliant and receptive to their plans. We can therefore make educated guesses about these plans by looking at how they have shaped the narrative through opinion leaders (influencers), key people in news and entertainment, and orchestrated UFO sightings. For instance, hovering over nuclear weapons facilities and interfering with their operation projects an image of being concerned. That would be the correct thing to do if they plan to intervene at the height of WWIII during a nuclear exchange and act as benevolent interventionists. Narratives have purpose.

11. Military abductions (MILABs). Some alien abduction researchers, who face derision by nuts-n-bolts UFOlogists, are themselves just as skeptical toward the claim that the government has been abducting and implanting its own citizens. More, toward claims that it is done using alien-like technology like opening portals into an abductee's bedroom. And even more, toward reports that military personnel have been working side-by-side with alien and hybrid factions in joint abduction projects. If the two are colluding, that casts suspicion on the true intention of Disclosure "efforts" by "the government."

12. Psychology, Mind Control, Hypnosis. Biological harvesting and hybridization are well-known features of the alien abduction program, but the manipulation of human consciousness via persuasion and indoctrination techniques, installment of posthypnotic commands, and disinformation is equally important. Their understanding of our mind, body, and soul is probably as advanced as their technology. Therefore, the better we know ourselves, the better we can understand what they are doing to us, not to mention how to construct safeguards.

We could also add biochemistry, genetics and epigenetics, entheogenic experiences and shamanism, Jungian archetype studies, alien manipulation of human relationships as Eve Lorgen has investigated, synchronicity or the "Law of Attraction" (which ties into John Keel's observation that the strangeness he personally experienced, despite objectively happening, seemed to reflect his own conscious projections), and more.

We are long past the question of whether aliens exist and whether or not they occupy some of the UFOs being sighted. Now we need to focus on who they are, what they really want, how they aim to achieve it, and what our role is in that process. We must discern their capabilities, limitations, methods of operation, and agendas.
A good way to start is by studying direct human-alien contact experiences viewed in context of the broadest array of parallel fields of research.