A phobia is a persistent, irrational fear of a specific object, activity or situation that leads to a compelling desire to avoid it. In everyday life, everyone has fears that lead them to avoid certain things. A phobia, however, is a fear that leads to behavior detrimental to an individual’s everyday life. At the present time, there is no accepted term for a fear of UFOs because the existence of UFOs and ETs are not accepted by the scientific/medical community. However, phobias and ET contact events have been found to be linked.

Phobias have two basic parts – a traumatic initial or instigating event (IE) and a trigger event (TE). A phobia can arise immediately after the IE or years later when something happens to trigger the trauma and cause it to escalate into a phobia. This can happen even though the individual may have no conscious recall of it. To alleviate the phobia, it’s necessary to address both the initiating IE and the TE. Therapy sometimes uncovers phobias rooted in ET contact experiences, and while not all phobias develop from ET contact, the following is an example of one that did.

C.H. was a 32 year-old woman who presented with claustrophobia - an irrational fear of closed spaces. She had been uncomfortable in such spaces as long as she could remember, without knowing why. However, in the past two years her discomfort had increased to the point where it was limiting her ability to live a normal, active life. During therapy, this is what she recalled:

When she as around five years of age, her family lived in a rural area in Arkansas. Behind their house was a large yard with a barn and storage building, and behind that a vacant lot bordered by trees. One night the family was sleeping – her parents upstairs at the front of the house and she on the screened-in back porch near her cousin who was visiting for a few days. During the night, she woke up and reached for her doll. Not finding it, she got out of bed to search and noticed a bright light in the back lot. Assuming that it was her parents, she went outside and walked toward the light. When she reached the back of the yard, she saw that the light was a large round object with beings moving in and out of it. Suddenly, someone stepped in front of her, blocking her path. The being was much taller than she and its face looked “puffed up and squinty-eyed.” In a panic, she turned and ran back to the house. She tried the door to the porch, but couldn’t get it open and, despite her cries, her cousin failed to wake up. There was a crawl space under the back porch that she sometimes played in, even though her parents had told her not to, and terrified, she crawled into the space and scooted as far back as she could, trying to hide. She could still see the beings moving in and out of the lighted object as she cried herself to sleep. 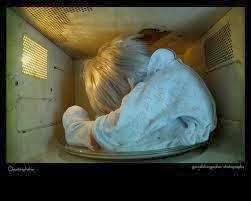 Sometime later she awoke to the sound of her father’s voice calling her name. She was cold, confused and noticed that it was daylight. Her father helped her out from under the porch and took her inside the house. She had a few bruises and scratches, but no other injuries. Her parents lovingly reprimanded her for crawling under the porch, but nothing more was said about it and, after a while, the incident was forgotten. Despite the fact that she was never really comfortable in small spaces after that, she didn’t link that discomfort to the childhood incident.

Her fear of closed spaces didn’t become a problem until she was about 30 years old, when her discomfort began to accelerate into full-fledged claustrophobia so serious that she couldn’t step into an elevator, ride in a car for more than a few minutes or travel on an airplane without experiencing panic attacks. When I first interviewed her, she reported having some knowledge about UFOs and ETs, but didn’t think she had ever had contact with them. However, during therapy, she recalled the event from so many years before and identified the beings she had seen as ETs. In addition, she came to understand that the trauma she had experienced at that time was the cause of her fear of closed spaces. 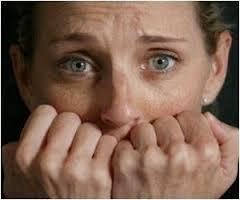 The next question was what caused the fear of closed spaces to escalate into full-fledged claustrophobia. A review of her more recent history revealed that her fear began escalating about the time she started dating her soon-to-be husband, a UFO researcher, and became involved in his work. Even though she had no recall of her childhood event at the time, her exposure to material about UFOs and ETs began to trigger the trauma she had experienced so many years before, eventually becoming a crippling phobia. After recalling the initial event and understanding the trigger, she was able to overcome her claustrophobia and get on with her life.

Of course, it’s normal to feel fear or discomfort around certain places, activities and things, and in most cases, that doesn’t affect our everyday lives. However, if it does, a qualified therapist or mental health professional may be able to help. Certainly not all phobias are the result of ET contact. However, some appear to be, and, as in this case, exploring the possibility may help resolve the problem.