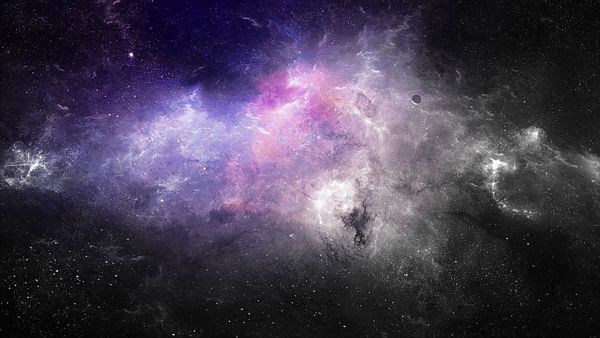 One such case took place in October 1997 to David Perez of West Covina, California. It was only a few weeks after the mass suicide in San Diego of forty-nine “Heaven’s Gate” UFO cult members.

Perez stepped out of his apartment to smoke a cigarette when he observed an unidentified craft hovering a few hundred feet away. Says Perez, “It looked like a ship…All I saw at first were the lights all the way around it. I never saw lights like that around a helicopter or an airplane.” As he watched, the object started to flash lights at him. Perez’s cousin and girlfriend came outside and also observed the object, as did his neighbor. At one point, the object sent down a beam of light which apparently struck Perez. As he says, “This red bright light went on, and it seemed like it kind of penetrated my pupils, and my vision turned red. Everything that I saw was tinted red…that’s when I got kind of scared. I thought it had screwed up my vision…I couldn’t talk, and I couldn’t move or anything. I don’t know if it was the fear or what, but I just couldn’t move anything.”

A few minutes later, Perez had an argument with his girlfriend, got into his car and drove off. He reports that the object followed him from West Covina to Canoga Park, where it suddenly appeared again over his car. A strange feeling of comfort passed over him and he realized that the encounter was affecting him physically. Says Perez, “I was kind of stressed. I’ve always had problems with my back. I used to cough up blood once and a while. I was kind of sick. I had pains in my chest and on my side. Ever since that night, I haven’t had any pain at all. And I was also suicidal. Ever since that night, I haven’t been. I’ve been good. I’ve been feeling really good, really healthy.”

Perez also started to experience premonitions and developed an interest in meditation and psychic development. He believes that the UFO is responsible for his spiritual awakening. As he says, “I kind of feel for some strange reason that they have something to do with God. Ever since then I’ve started talking about God.”

A second case occurred in 1992. John (pseudonym) was living in southern California and battling suicidal depression. On April 10 of that year, he made a fateful decision. “I drove to a location in the mountains to commit suicide.”

Around noon, John found an isolated area outside of Lake Isabella. “When I got there, I got out of the vehicle and walked around it, looking around my surroundings to make sure nobody was watching…After about fifteen minutes of making peace with it and saying goodbye, I was now ready.”

John held a 357 magnum, loaded, with the trigger pulled back and ready to fire. “I was no more than ten seconds from pulling the trigger,” John writes. “I noticed something moving out of the corner of my eye.”

John became upset because he thought people were watching. He turned his head and saw two figures. “Both stood facing me,” writes John, “one motionless and the other one leaning…leaning just enough into my peripheral vision that I would see them. They were exactly like the small grays you see, like in the Roswell accident.”

John could barely believe his eyes. “I saw them, twenty feet away from me. I even had a loaded gun and could’ve shot at them and probably hit them…[but] when I noticed that I was not alone, it simply voided the suicide, and I left, which I thank them for really.”

As John drove away, he realized it was now 11:30 p.m., and there was a full moon. It was as if the moment the ETs appeared, darkness had already fallen. He had seen them only in the nighttime, which meant that there were about ten hours which he could not remember.

While the experience prevented him from committing suicide, it had other repercussions. “It took years for me to actually accept what I saw with my own eyes.”

Now, however, John has accepted what he saw. “There is no doubt whatsoever, 100 percent absolutely positive beyond any doubt that I saw them, twenty feet away from me.”

According to the Center for Disease Control, suicide is the tenth leading cause of death in the United States. As can be seen, ETs are not only curing people physically, they are also curing mental illness. Cases like these show a positive side of ET contact, and reveal how truly advanced the ETs are.

BIO: Preston Dennett has researched UFOs for 35 years. He has written more than 100 articles and 26 books, including: “The Healing Power of UFOs: 300 True Cases of People Healed by Extraterrestrials.” He currently resides in southern California.